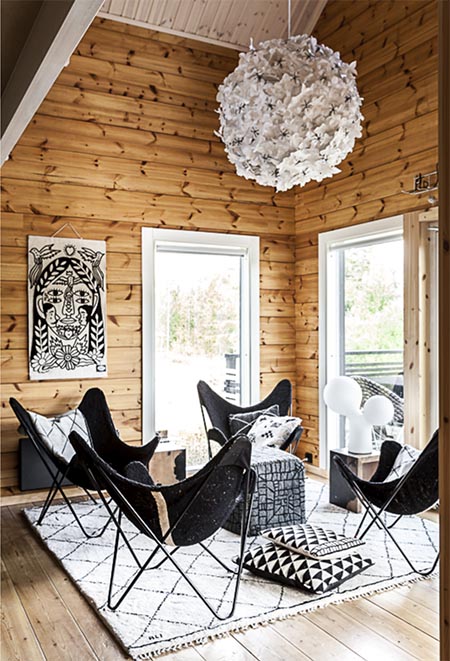 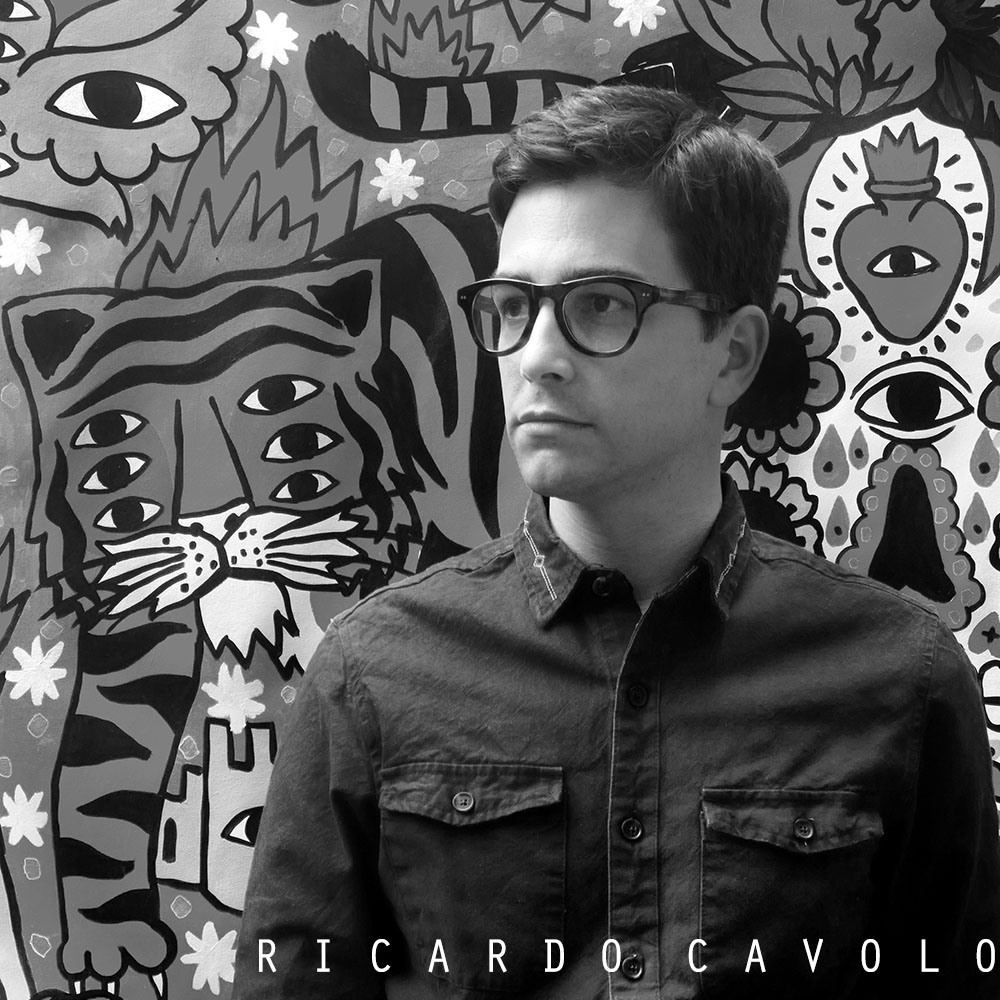 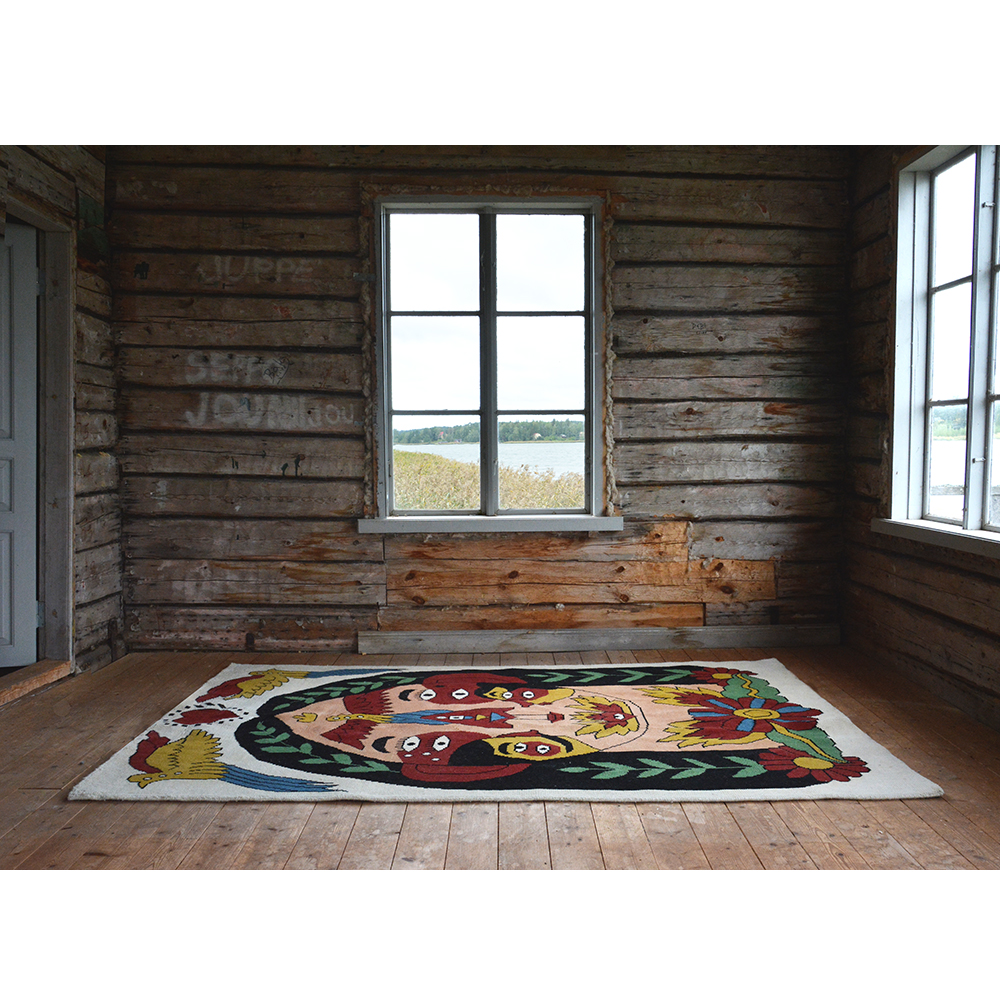 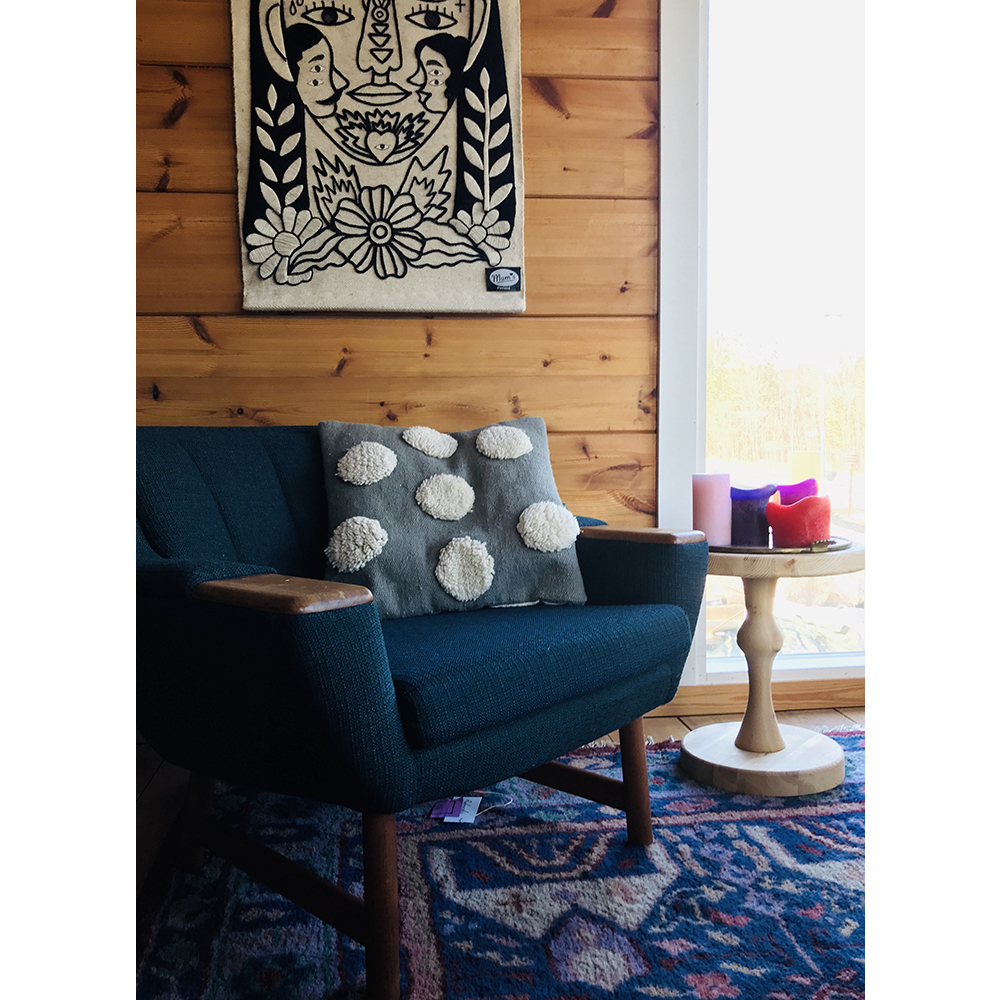 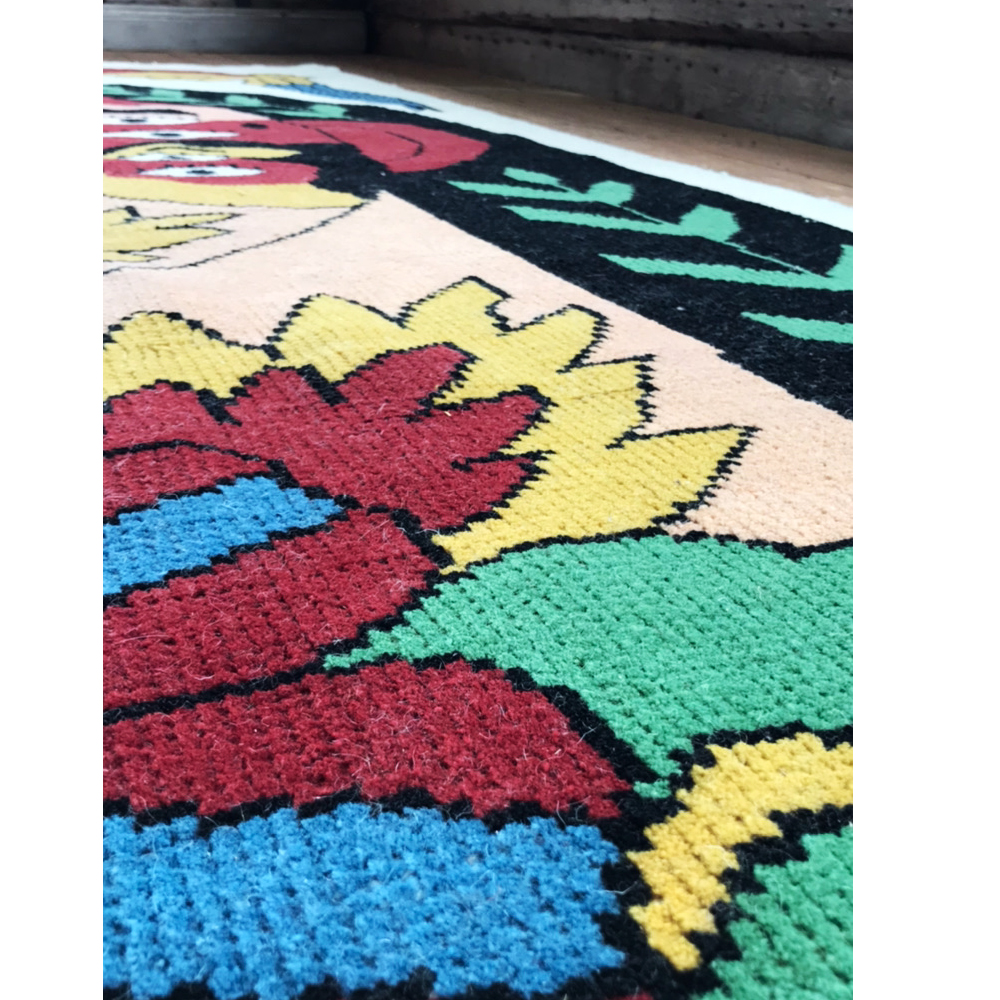 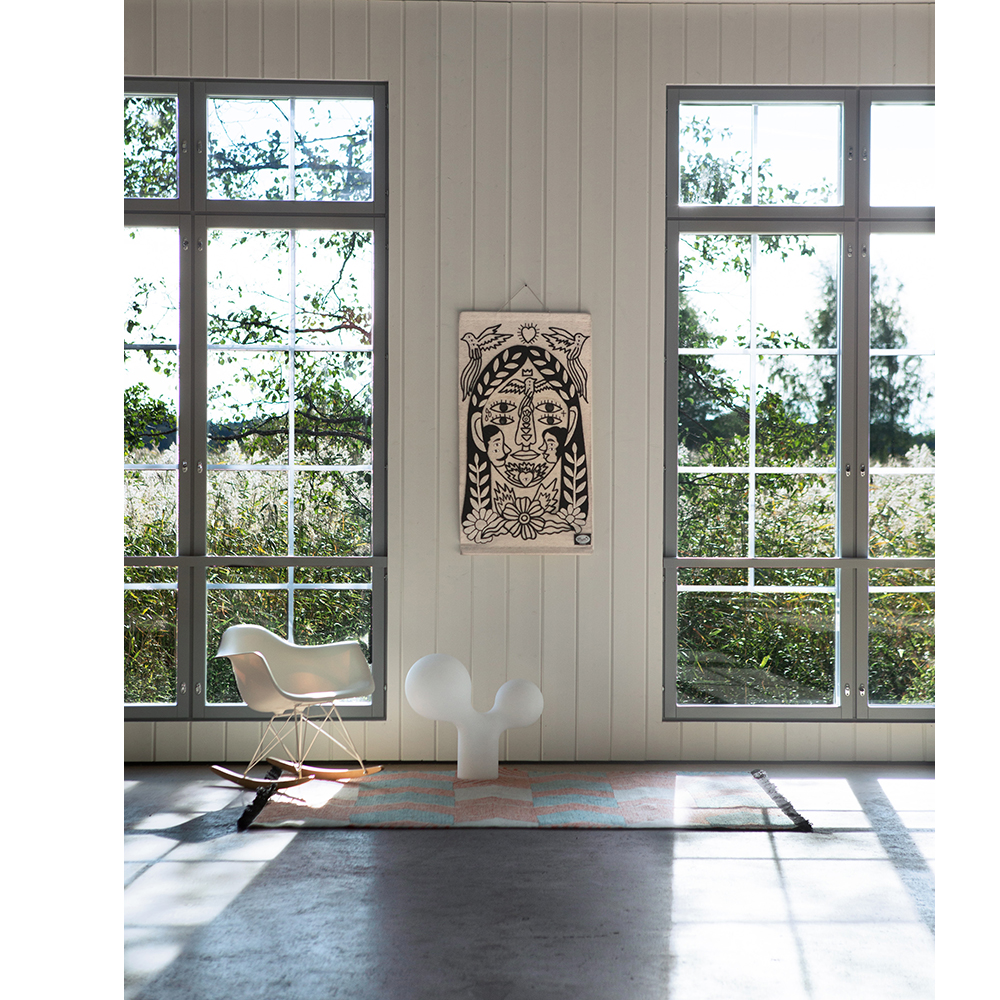 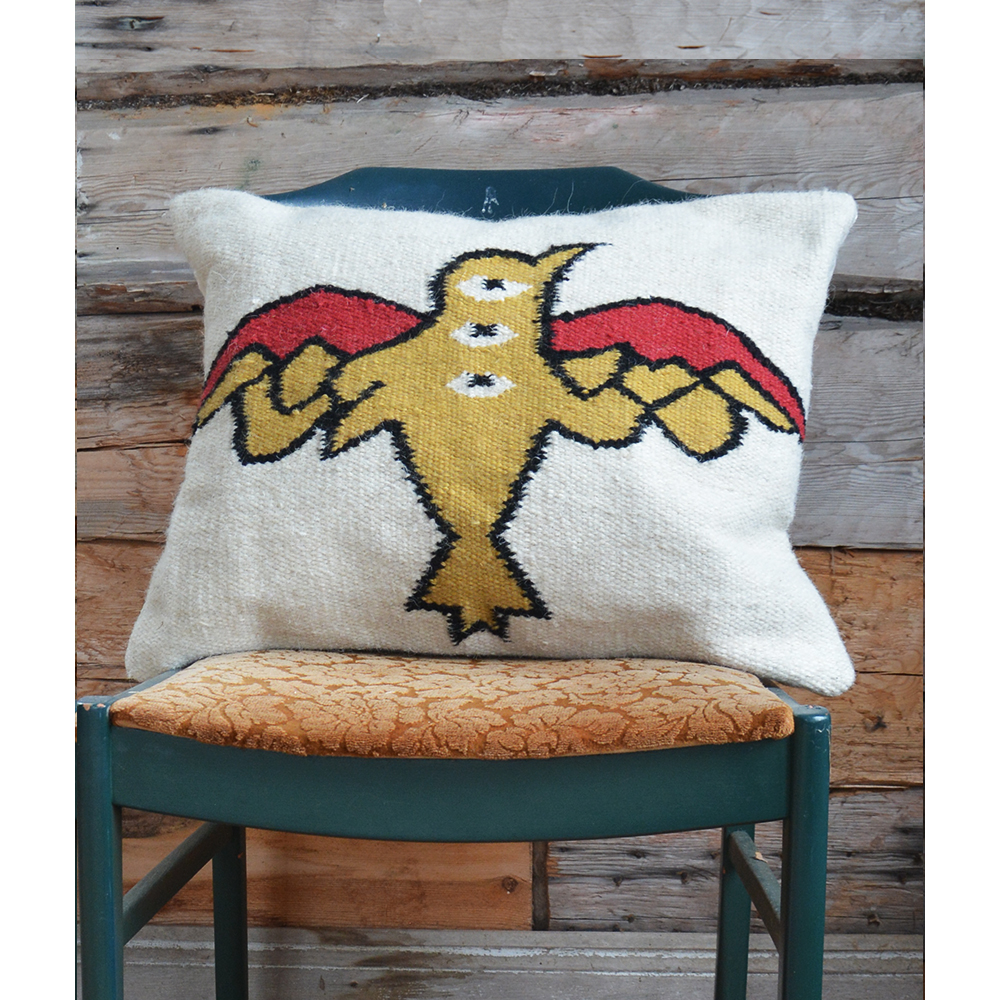 Ricardo Cavolo (1982) is one of the most wolrd known Spanish artist. His works has been exhibited in galleries across the globe. Year 2010 was a turning point for him,  as Cirque Du Soleil chose Ricardo in one of their art projects. RIcardo has done illustrations for producion companies and music business, as well published many books.

Year 2021 he was awarded for the best cover design for the Yorokobu magazine. Ricardo has made several illustrations and brand campaigns for large brands like Nike, Converse, Dockers, Levi's ja myös Futbol Club Barcelona. His mural paintings can be seen at Montreal Airport and Urban Outfitter stores. For Mum's Ricardo designed an illustration and artwork called LOVE. Our artisans turn RIcardo*s LOVE to thick hand knotted carpets and wallrugs, also some cushions inspired by Ricardo.